An American version of the German Dunkelweizen (meaning "dark wheat"), this beer can range in color from a light to dark brown, and is often cloudy due to the yeast not being filtered before bottling.

A combination of the roasted dark malt, a soft fruitiness from the wheat, and (often) American hops that impart citrus or fruity flavors, give this beer a more assertive character than the Dunkelweizen that it is based upon. Hop bitterness is low to moderate, and there won't be much of the fruitiness from yeast fermentation that is found in German wheat beers.

Best served cool, 46-54 degrees, in a weizen glass or a chalice. 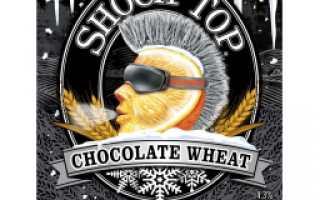 Meet our new Winter Seasonal. It’s a new flavorful unfiltered wheat beer brewed with a blend of chocolate, caramel and black malts then aged with vanilla and cocoa beans. Every bottle holds a wonderland of chocolaty, beery goodness.