Translated as "Smoke Beer", the Rauchbier style has origins in Germany dating back to the 1500s. The Rauchbeer is made with malts that have been dried over a beech wood fire (other woods may also be used), and these malts are then added to whatever base beer style the brewer desires.

The most common style for the base of the Rauchbier is Marzen/Oktoberfest, which gives the beer a golden to reddish hue. Other styles used include Bock or Schwarzbier.The level of smoke flavors and aromas can vary from moderate to intense, with some so assertive they are reminiscent of bacon or other smoked meats. The hops and malt are generally balanced and moderate, to not take away from the smoke complexity. 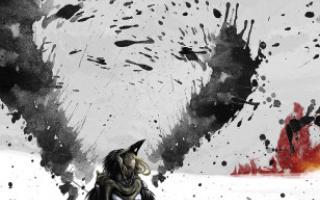 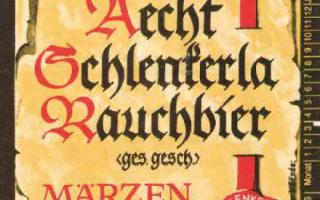 Bamberg's speciality, a dark, bottom fermented smokebeer, brewed with Original Schlenkerla Smokemalt from the Schlenkerla maltings and tapped according to old tradition directly from the gravity-fed oakwood cask in the historical brewery tavern. (Description provided by company) 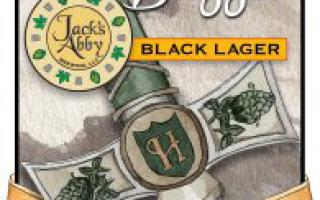 Cloaked in mystery, this dark black beer skirts the line between a schwarzbier and smoked porter. The use of a small percentage of traditional Beechwood smoked malt adds complexity and balances the liberal use of chocolate malt.