Originally created in the mid-19th century, the English Mild Ale was lighter in color than the English Stout and the English Brown Ale, but with relatively low hop flavors and a high ABV. Beginning around World War I, the color darkened and the alcohol weakened, and the current English Dark Mild Ale style was born. The Dark Mild Ales are much easier to find, but a few Pale Mild Ales still exist.

Ranging in color from a pale gold to amber, the English Pale Mild Ale shares the very low to nonexistent hop flavor of the Dark Mild Ale, but because of the different malts used during brewing, the beer generally has a lighter body, and some subtle toasty, fruity, and slightly sweet flavors. Hops used are English, and so contribute earthy and floral flavors (when they are perceived at all). 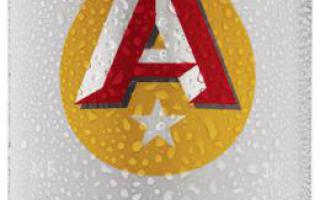 Peacemaker is a simple beer taken seriously. It’s a light, flavorful, session beer. We see it as a “gateway beer” to craft brewing. Or, after you’ve had a few bolder brews and it’s time to downshift – pick up a Peacemaker. It’s Light, Balanced, and Smooth. (Description provided by company)