This style is a type of Altbier, brewed and popular in Dortmunder, Germany, until the changing taste of German beer drinkers and the rise of other easier-to-brew or easier-to-drink styles (namely the Munich Dunkel Lager, German Pilsner, and the Dortmunder Export Lager) caused it to decline to the point of obscurity. It is no longer commercially brewed in Germany, and brewed by a very small number of breweries in other countries.

This Altbier is generally moderately dark in color, and has a high ABV (around 10% or more). It is usually highly hopped with German hop varieties to fairly high levels of bitterness (40-60 IBU), and it is aged for at least a year (but often longer) in wooden vessels (generally oak). It was also slightly sour, due to the presence of yeasts and bacteria in the aging vessel (such as Lactobacillus and/or Brettanomyces). 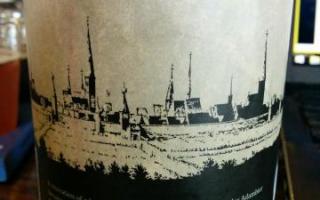 A recreation of a historical German style, the Dortmunder Adambier became extinct after the implementation of the Reinheitsgebot. Brewed with a substantial amount of dark, smoked malts, traditional German hops, and fermented with Brettanomyces, the Adambier was aged in oak barrels for one year.