The English Barleywine is generally the strongest ABV beer produced by English breweries. Similar in alcohol strength to the American Barleywine, the English version generally exhibits more restraint and balance in the hops.

Varying in color from a light copper to a dark brown, these are one of the most common (and best candidate) beers to store for years. Young examples often have a hoppier, more bitter taste while aging can cause the malt and alcohol flavors to mingle and the hops to mellow. Some breweries also age the beer in oak barrels before bottling, giving additional flavors. All have strong malt flavors that can be bready and toasty, with dark fruit, caramel, and toffee also present. Fruity esthers from fermentation are also common. Medium to full body, and higher ABV adds warmth without harshness. 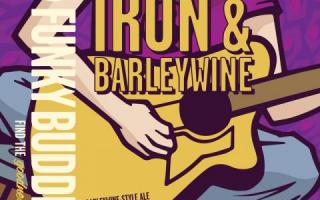 We blended this English-style barleywine with grape must for a distinct, vinous character that pairs well with slow braised dishes or acoustic folk rock. Notes of plum, pear, grape, red wine, fig, honey, and rock candy blend into a complex, slow sipper. 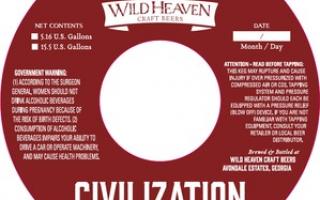 Built on the backbone of a classic English Barleywine with the addition of dried Prussian lemons, tart cherries, and cranberries. Dark fruit abounds with roasted goodness in each sip. Hints of melon and tropical notes on the nose. 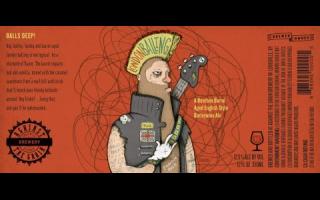 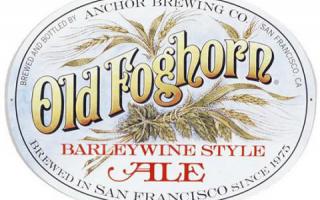 Old Foghorn® is brewed based on historic English barleywine methods. It is highly hopped, fermented with a true top-fermenting ale yeast, carbonated by a natural process called "bunging" to produce champagne-like bubbles, and dry-hopped with additional Cascade hops while it ages in our cellars. 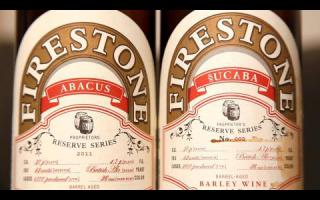